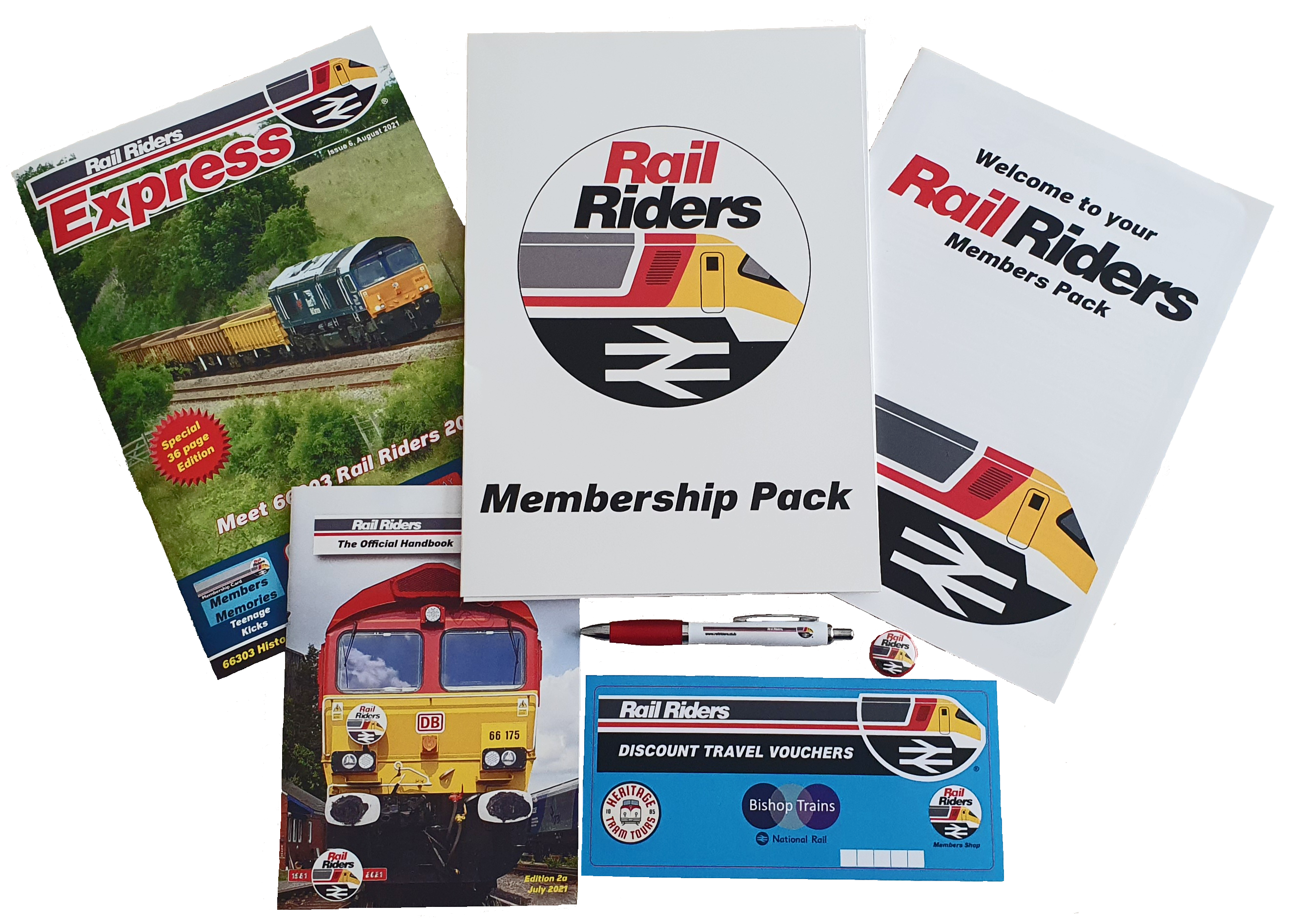 Benefits of joining the Rail Riders

*All members will receive £15 worth of National Rail Travel vouchers (Family membership entitles them to £25 worth). These can be used against all National Rail tickets including Advance fares, Railcards (Family, Senior, 16-25, Two Together), London Transport Day Travelcards, Some London Underground point to point single & return tickets, Sleeper reservations, Rail Rover & Ranger tickets and Rail-Sail tickets through to Ireland, Northern Ireland, Channel Islands & Isle of Man.

This offer is unique to Rail Riders members only and not available anywhere else. Valid once a minimum spend of £70 per transaction is achieved which can be several separate Train Tickets.

Below is the list of railways and businesses offering members discounts.

We are adding more railways and businesses all the time. We even have two mainline locomotives named after the club.

So with all these benefits of being a member of Rail Riders, why not sign up today.