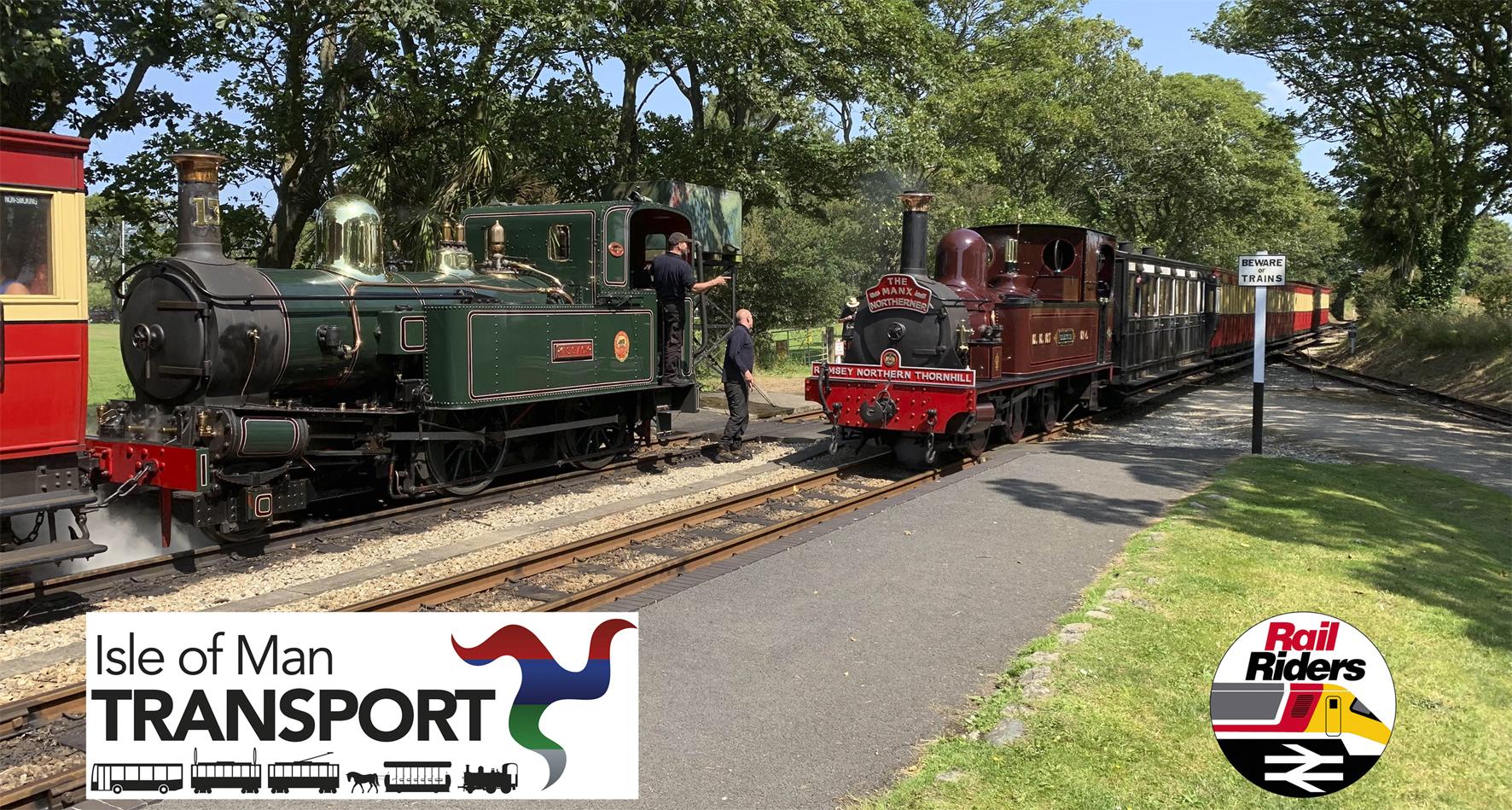 Rail Riders links up with the Isle of Man Railways

Having been re launched in February 2020, Rail Riders has grown from strength to strength including having two mainline locomotives named after the club and through their partner at Bishop Trains re introduced the travel vouchers for discounted travel on the UK national rail network.

Rail Riders has been working with Isle of Man Transport since May 2020 regarding the four railways that government department own and operate with the possibility in adding them to the growing list of participating railways.

We are pleased to announce that Isle of Man Transport and ourselves have come to an agreement where Rail Riders members can benefit from a unique discount on the Islands Go Explore travel cards, which will give the club members unlimited travel on the Isle of Man Steam Railway, Douglas Bay Horse Tramway, Manx Electric Railway, and the Snaefell Mountain Railway. The card also covers travel on the Groudle Glen Railway and the Laxey Mine Railway which are not operated by Isle of Man Transport as well as all the scheduled bus services on the island. The cards can be used for 1, 3, 5 or 7 consecutive calendar days and are available for adults, children, and families of 2 adults and up to 3 children, more details on how to apply for the members discount will be shared with active members of the club.

As an added bonus, due to Rail Riders link with Bishop Trains, the rail travel vouchers issued to active members can be used against the Rail and Sail tickets for travel from any UK station to Douglas, Isle of Man including the ferry crossing.

We are excited to be working with Rail Riders. We hope club members will take advantage of the discount and come and visit our beautiful island, and enjoy all what we have to offer. For all details make sure you visit www.rail.im.

This is fantastic news for our members and further links us to the former club from the 1980s. The Island holds a special place in my heart with its fantastic railway system having visited several times. When setting up Rail Riders, it was always hoped to gain the railways on the island as partners. We are very grateful that Hannah and the team at Isle of Man Transport wanted to be part of Rail Riders and offering our members the unique offer and access to the whole islands public transport system.

The club members can now access benefits from 61 railways / museums, 21 model railway shops and over 30 railway themed businesses as well as members only events throughout the year.

Discount vouchers on the UK national Rail network, members only events, membership pack, including 4 issues of the club’s magazine Rail Riders Express. Membership details can be found on our website www.railriders.club

Isle of Man Public Transport is a division of the Department of Infrastructure.

Public Transport operates bus services throughout the Island as Bus Vannin every day except Christmas Day, plus a unique network of heritage railways for an extended season:

The Isle of Man Steam Railway, dating from 1873, which operates along a 15¾ mile line between Douglas and Port Erin in the south.